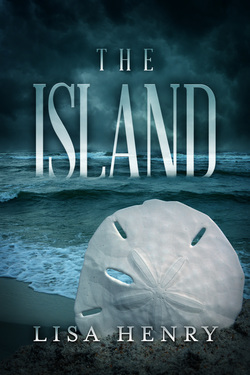 Cover art by Natasha Snow
Shaw is in Fiji to sell a stolen painting to the crime boss, Vornis. It will be the deal of a lifetime, if Shaw can pull it off. But then Vornis parades his latest toy around in front of him -- a captured DEA agent whose time is running out. It’s none of Shaw’s business, and it doesn’t matter that under any other circumstances Lee would be exactly Shaw’s type: he’s young, he’s hot, and he might even have a personality if they hadn’t beaten it out of him. Too bad there’s no way Lee is getting off the island. Too bad there’s nothing Shaw can do for him. And too bad there are some lines that even Shaw won’t cross.
Keeping his hands off Lee proves harder than he thinks, but Shaw’s not stupid enough to fall for the tortured captive of a dangerous crime boss, is he? If he did, it wouldn’t be just his job he would be risking--it would be his life.

This book contains explicit sexual situations, graphic language, and material that some readers may find objectionable: male/male sexual practices, violence, flashback to sexual violence.
Readers with a history of rape or sexual abuse may find elements of this story disturbing.

“The reader is taken on a ride; twisted and turned in every direction, until the fabulous twist I never saw coming. The writing was excellent, it was compelling reading and I was totally engrossed.”
- The Novel Approach
Buy The Island here:

books2read.com/island
Reviews of The Island:

An excerpt from The Island:

Lee drew himself carefully up from the bed. He winced, and a hand went straight to his ribs. Shaw stepped toward him and then remembered the cameras. He leaned in the doorway instead and waited as Lee shuffled toward him.

Shaw stripped off his shirt and headed down the steps. There was torchlight on the beach as they headed for the water, but it was a fair distance away.

It was such a blatant lie that Shaw wanted to laugh at the absurdity of it.

“Wait for me here,” he told Lee, and Lee nodded and sank into the sand.

Shaw waded into the dark ocean. He didn’t go too far out. It was too easy to get turned around at night, and he already had a few drinks in him. Alcohol and night swimming: a dangerous combination Shaw had never been able to resist. It took him right back to high school. To simpler times.

But that was the price of ambition. You sacrificed things for ambition. Time or relationships or maybe even human decency itself. Ambition demanded it. If you weren’t serious about your sacrifices, you didn’t deserve to succeed.

A part of Shaw wondered if that was really true or if it was just a convenient philosophy he’d picked up somewhere as a crutch. And it didn’t really matter. He was here now. He was already committed.

Shaw looked at where Lee was sitting obediently on the beach. He couldn’t make out his face in the darkness. He could only see the pale, lean shape of him as he sat with his arms hugging his drawn-up knees.

He should never have let it come to this. Should never have let Lee under his defenses. He’d known the second he saw him standing in the rain that Lee was fucking dangerous. Beautiful and dangerous, just like the island itself, and Shaw had let it happen anyway. What the hell was wrong with him?

Shaw sighed and let the waves carry him back toward the beach.